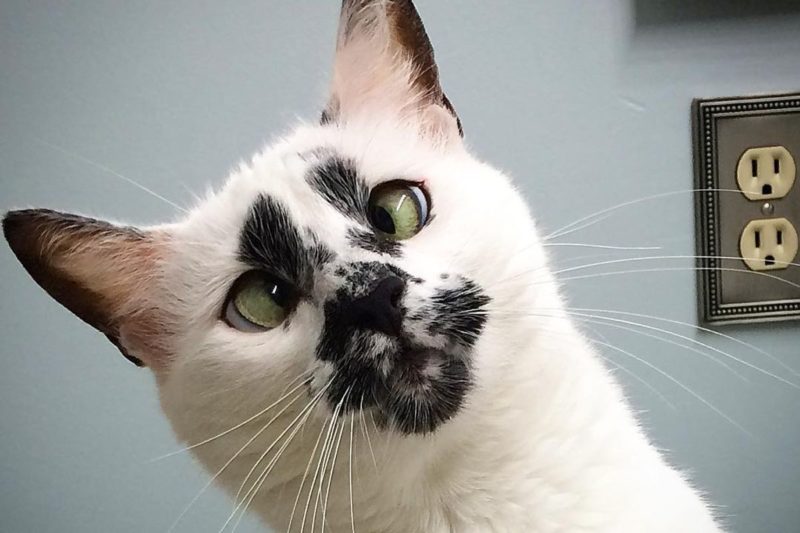 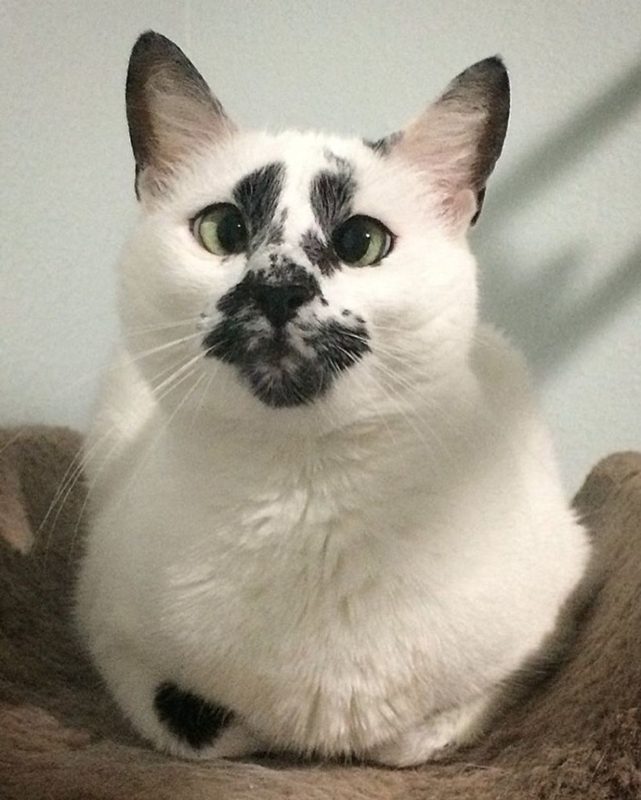 This compassionate and wonderful woman also lived alone as many of her acquaints. She needed some living and breathing creation next to her for breaking that unbearable loneliness. 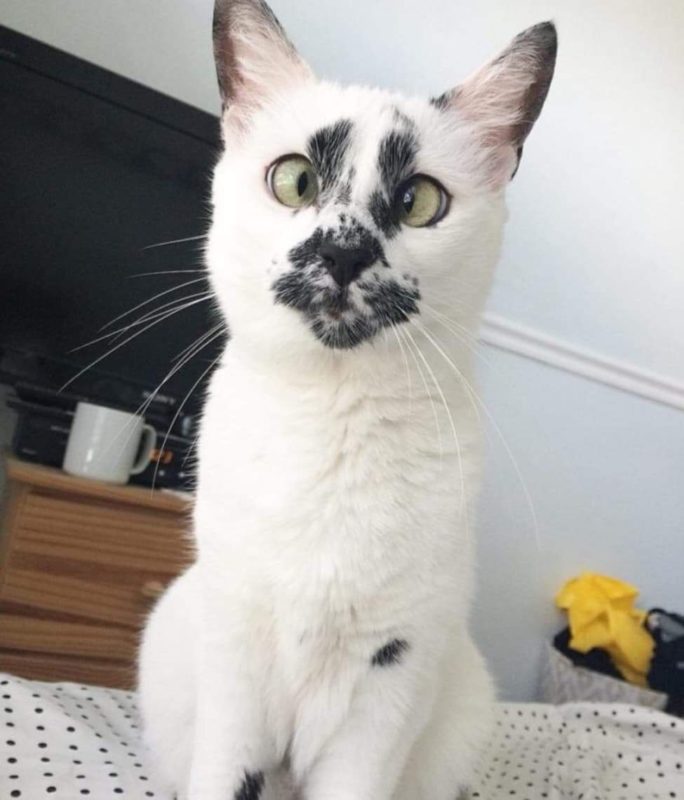 Once when she was at a building site, she discovered a tiny and poor kitten, who was with her sister. These stray kittens might have died at the building site if they were not found.

The woman thought that meeting was fatal for her. As soon as the kittens were able to adopt this kind woman adopted both of them because she simply could not leave them without help and worm shelter.

During one of her interviews, when she was asked about her beloved animals, she told that one of the animals, who was the smallest one (about ten days old), looked at her as pitifully and helplessly, that could not refuse the request for help.

The kitten had distinctive markings on her, was also cross-eyed but all her face marks were perfectly symmetrical, which made her more charming.