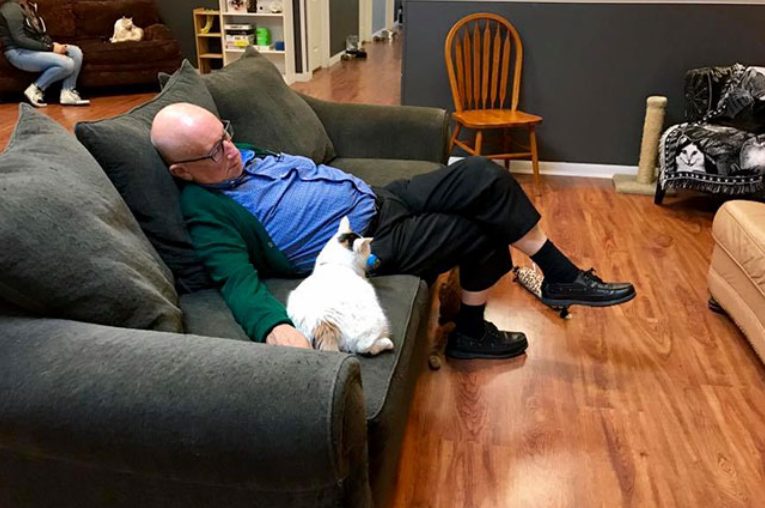 For sure everyone is fond of long night’s sleep and also animals does, especially cats, are no exception in this case. So if you are fond of sleeping and also are fond of cats and if you would like to mix these two things it’s time to read this article.The man in the pictures is about 75 years old. He loves cats very much and he doesn’t mind taking a nap during the day. 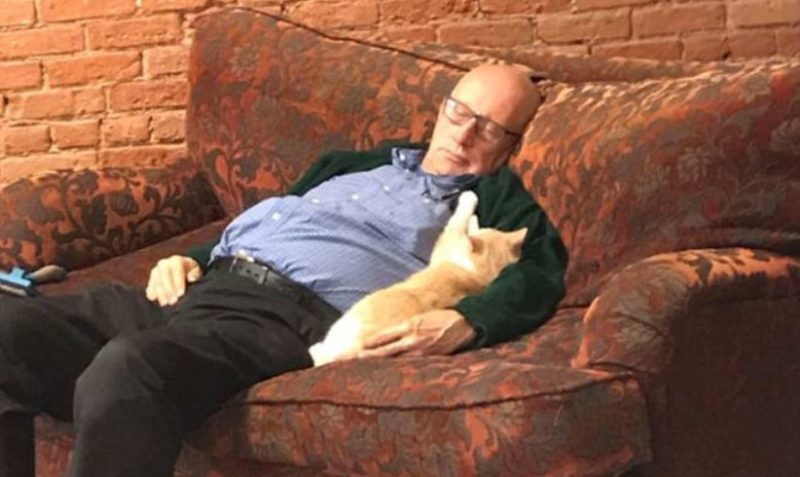 Above this he’s very kind And is always ready to support animals. So that is the reason that once he visited Pet Sanctuary and declared that he would look after the cats. When seeing his willingness the rescuers told him that he might be a volunteer. He agreed with pleasure and was given a special form for volunteers. Terry goes to the shelter everyday and he can stay there for hours. Before sleeping Terry brushes them then again repeats the process and again sleeps.

Every man himself feels at home with TV and a Cafe and soft sofas. The photos of the man with cats were spread on the internet and the shelter was advertised. Now in most cases people come to the shelter in order to see the old man with cats. Due to him donations were increased and the money would serve cats.