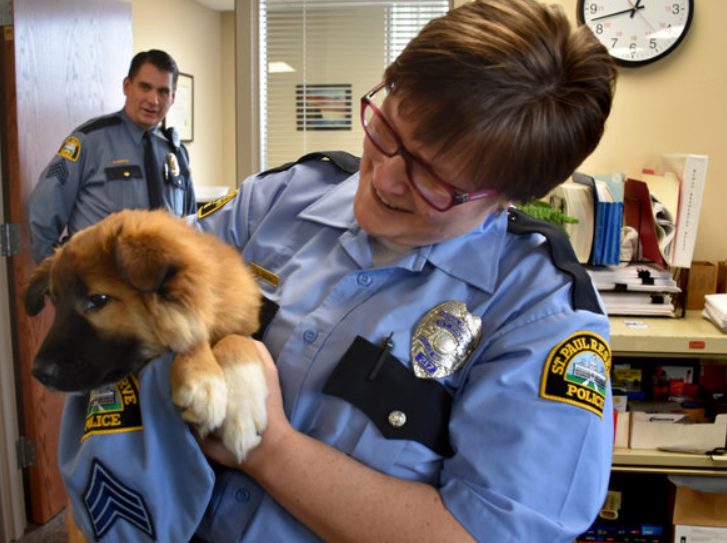 In one of the stations an officer came the name of which was Fuzz.

It was one of the pets of a wandering dog that had babies in a small village. A resident asked the police to take the pet and its babies and to have a proper look at them.

They were transferred to an animal refuge but one of the small pets was left with an officer. When it was 5 months it was taken to a station. 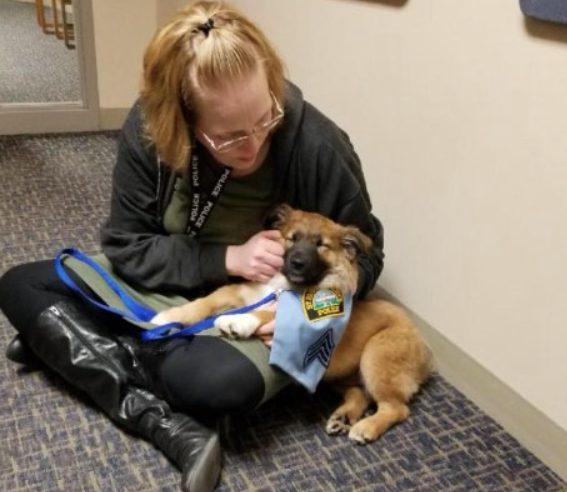 The boss was taking it there frequently and eventually it was determined to keep it as a district pet. People were liked it so much.

When the employees appear in difficult state they understand that communication with pet assists them to have a rest and to feel better. So they kept is as cuddle employee. 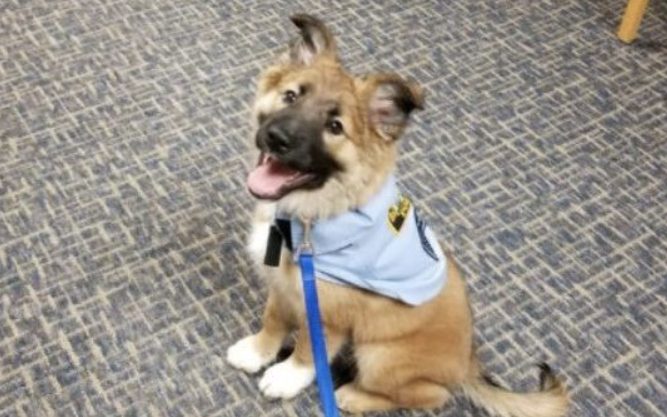 When being in station it is very active, it also is fond of hugging the officers and pass each life moment with them. It likes a lot when employees strike it and it likes also to lie down and take a nap at that time.

When it will grow the officers determined to train as a therapy pet. It would participate mostly in animal treatment. It would treat creatures instead of people.