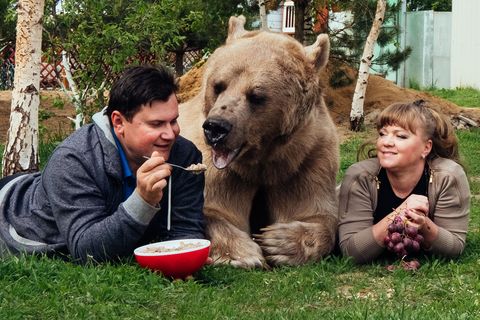 Usually, people are friends with common well-known pets, such as cats, dogs. But some of them prefer not common pets. For instance, this beautiful bear is now a lovely family member. 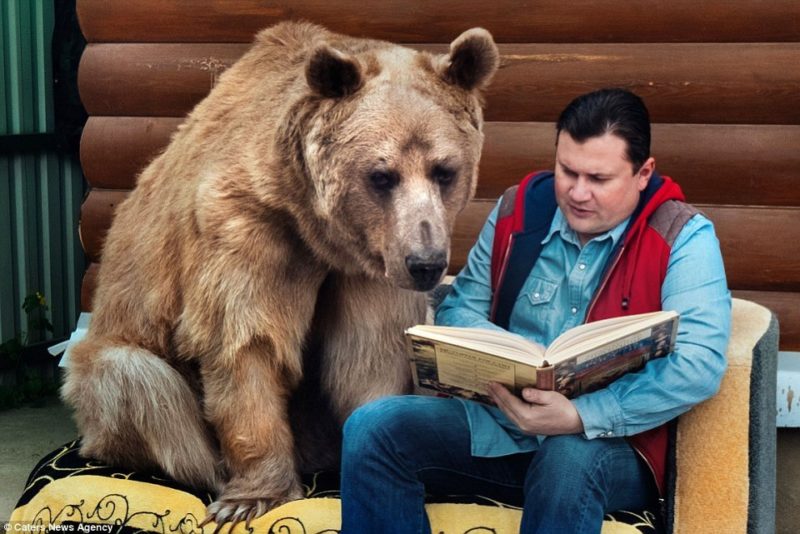 His name is Stepan. He now lives with his two owners, Yuriy and Svetlana. He was adopted years ago when he was only three years old little cub.

They found him in the forest when couldn’t live by himself. Someone had to take care of him. But the couples decided to adopt him and give him a second chance to live. 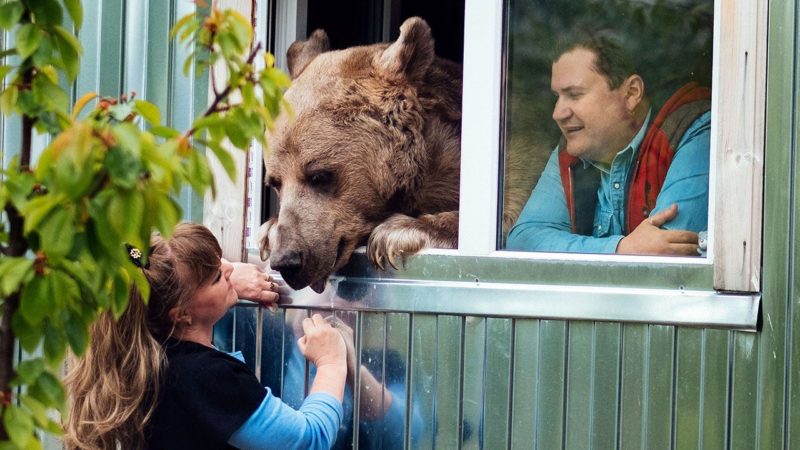 It was about 23 years ago. Now he is a large, cheerful brown bear who actually loves everyone around him and is very friendly. Although many people are still afraid of him.

Stepan loves spending time with his beloved humans. They water the plant, play games, even watch TV together.

They loved each other from first sight and now they are inseparable!