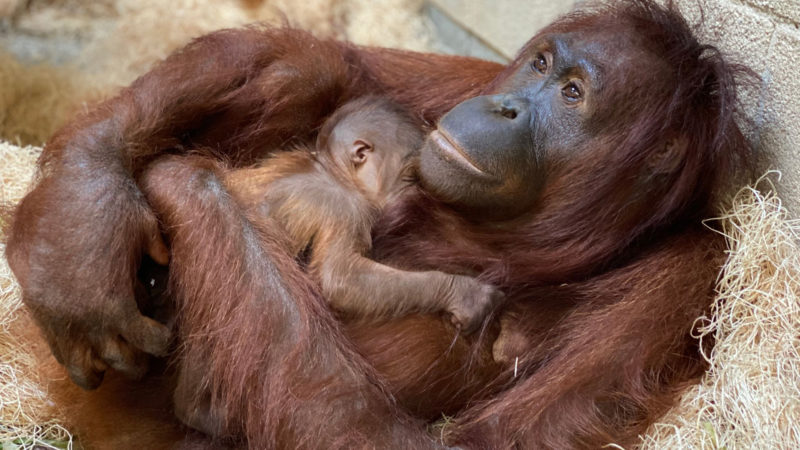 We usually encounter touching stories on the animal planet. Here is another one. 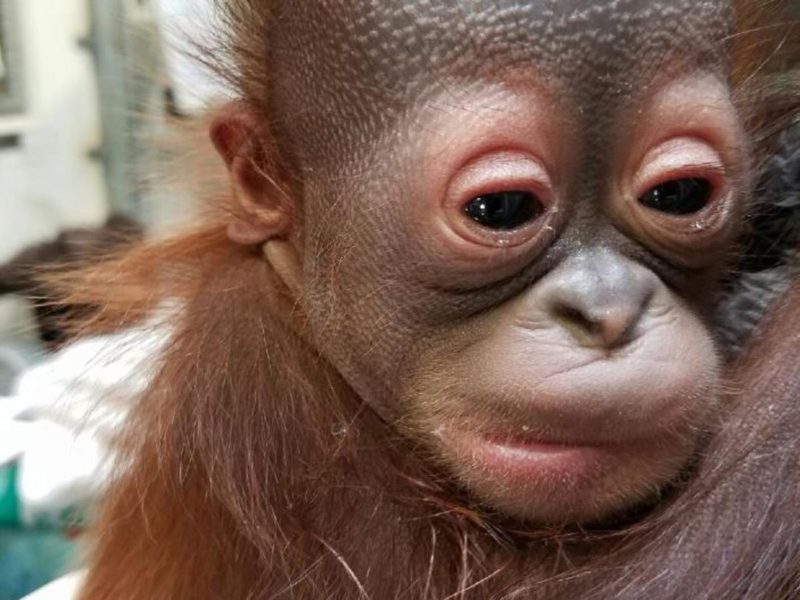 The mother of the orangutan family passed away, so the father now takes care of his daughter, considering the fact that such characteristics are rare in the animal world.

They do not usually participate in the growth of their children.

Such a beautiful case happened in one of the zoos of Denver. A male orangutan named Berani was determined to raise her 2-month-old daughter. She wouldn’t get a better father like him. They both are fond of each other.

He always protects her and is very attentive toward others to not harm his baby. 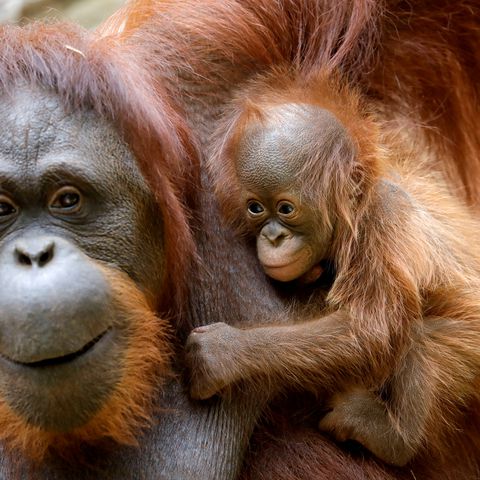 Although he is the best parent to his child, zoo workers state that he basically can not replace her mother.

The baby’s mother has died last December, but still zoo staff can not understand what causes the death.