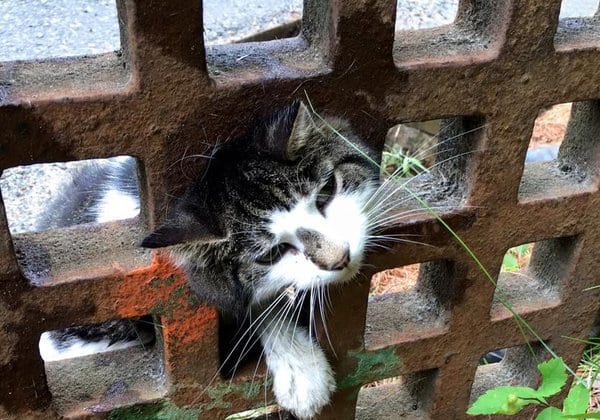 It has been raining heavily in Krasnodar recently. At such times the whole streets are filled with rainwater. A small and defenseless cat was unlucky that day, and he fell into the storm drain 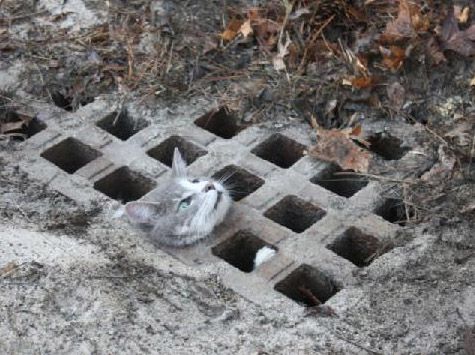 She somehow managed to overcome the current and get to the drain grate.

The animal tried to squeeze into the holes, but the head got stuck, and the cat itself literally hung in the air. She could only support herself with one paw.

But she was lucky that people were walking by and noticed the trapped animal. They tried to remove the grille themselves, but it was firmly fixed. Then people called the Ministry of Emergency Situations.

It took longer to get the head out of the hole, but it also managed to be done without injury. The freed stormwater prisoner brushed her fur a little and ran away. 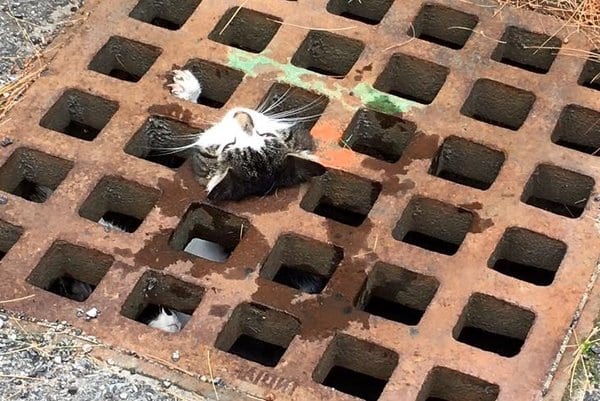 Witnesses said the cat was clearly domestic – clean and well-groomed. And the grate was put in place.