The fluffy lawbreaker was caught red-handed last weekend: the cat wandered around the largest prison in the republic – Velikad – in a collar, to which was attached a bag with two grams of a banned substance, ttwo SIMcards anbd amemory carrd. 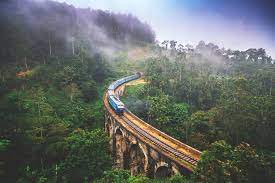 According to the administration, cases of illegal drugs, smartphones and chargers being thrown through the walls have recently become more frequent in Velikad. The appearance of the “drug” could be somehow connected with this, and the animal was detained for investigation. However, the very next morning, the employees who came to feed the criminal did not find him in the cell – apparently, the smuggler climbed through the bars on the window and escaped.

Of course, the arrest of the cat had no legal basis, but law enforcement officers hoped that the animal could lead them to the real criminals who used the pet as a courier. The cat decided to do things his own way. So far, his whereabouts have not been established.

Social media users have their own versions of what happened. One of them asked not to punish the fluffy severely, because, perhaps, the real criminals are holding his kittens hostage, and therefore he is forced to comply with their requirements. Most of the commentators found the news funny and left many humorous comments: “Finally, Sri Lanka became famous for arresting a cat”, “Escape from AlkoTras! They made me laugh!”, “This is the plot for the film …. a drug courier cat”, “He is in the hands of the drug enforcement department.”