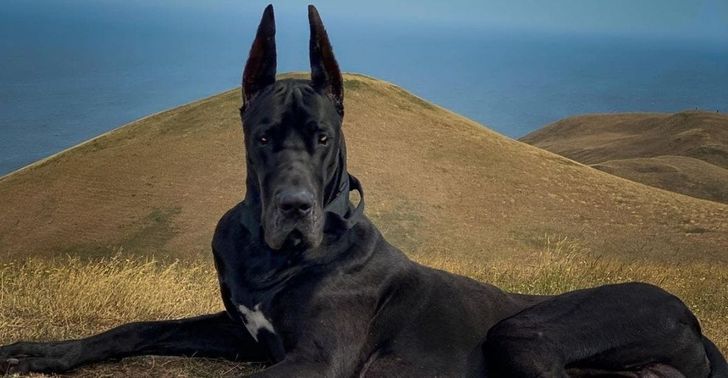 The prickly ears and massive figure make Enzos blac GreatDane look exactly like the Dark Knight wrapped in a cloak. Although the size of this dog allows him to enter the path of fighting crime, his meek nature does not allow him to offend people. 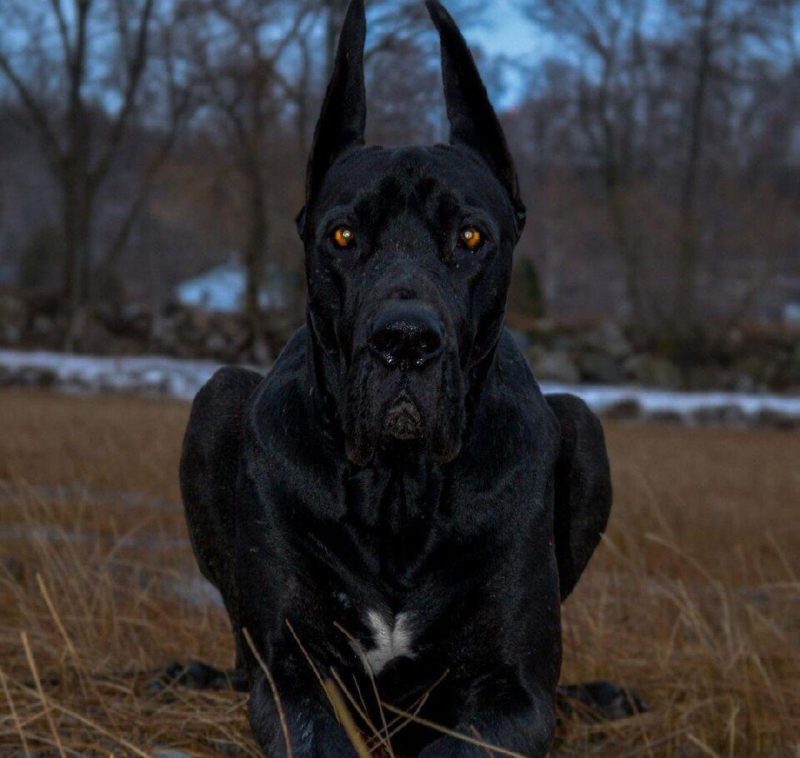 Enzo’s heart is open to everyone he meets, so he would rather lick someone to death than even bite.

The dog, even for his breed, is a rather large guy, he weighs as much as 80 kilograms. He is very muscular: the dog’s press looks like Batman’s armor, every muscle is so clearly drawn. But Enzo’s resemblance to the legendary superhero doesn’t end there. Dog is also active like his human counterpart and incredibly brave. He is ready to do anything toprotect hispersonal Gotham-City – his home in Quebec, where he lives with the owner, mistress and his “grandmother”. Although many are afraid of huge Great Danes, in fact, they themselves are pretty cowardly. Many dogs of this breed are afraid of the cold and even bananas. But Enzo is not like that – he boldly rushes towards strangers with a loud bark. Enzo is much more sociable than the Dark Knight, he loves meeting new people, always ready to play and loves to cuddle. He is ready to make friends literally with everyone – be it a person, a cat or a dog – whom he meets. Although, when you try to hug, this colossus can easily knock you down.

The owner says that they have to avoid tourist, and even just crowded places. At the sight of a canine version of Batman, everyone asks for a photo. And once the fans get to know Enzo better and see how friendly he is, it’s impossible to separate them.

Any public outing stretches literally indefinitely, so Danny LaMay and Enzo walk in natural parks, swim in lakes and under waterfalls and try not to catch the eye of too many – just like a movie double.

Of course, Enzo is not a superhero, but for his master, he is definitely a superdog.