It’s rather questionable to say accurately who is the boss in the house. 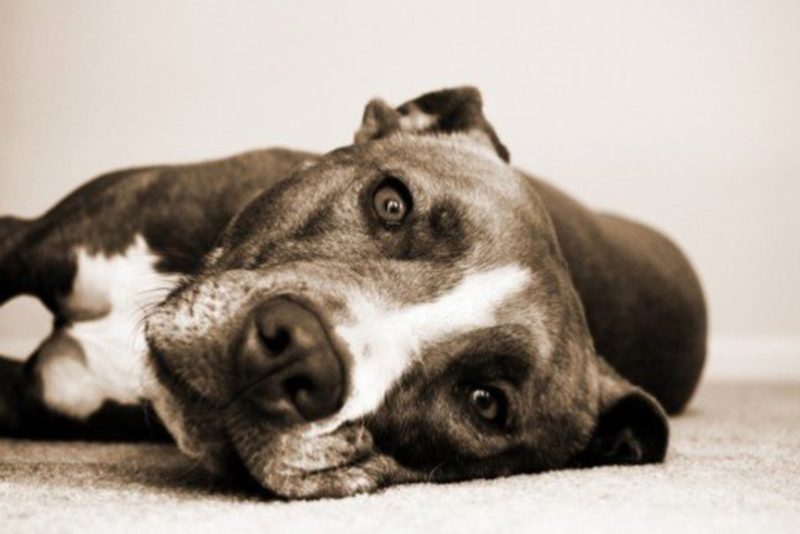 They usually differ from each other. Two sisters, Samantha and Bethany already know it. They adopted gave two cats, but then they also took a pit bulldog.

It was clear that the cats were not going to give their way to the new family pet, but obviously, they did not have the intention to make a scandal either. 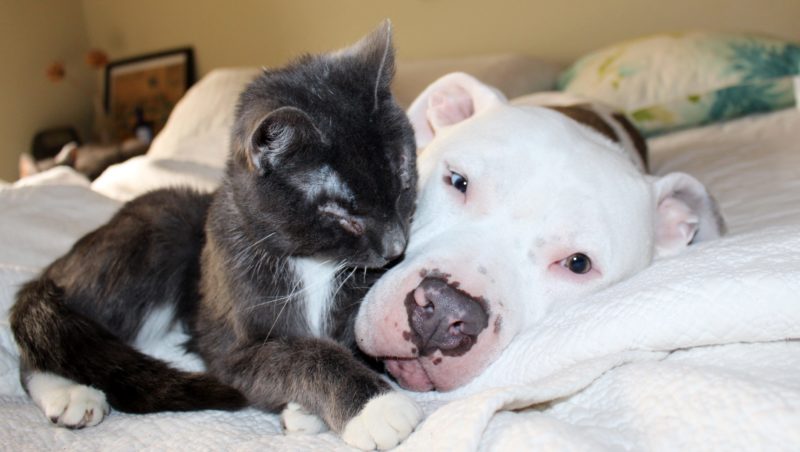 They took a very witty position, and very soon the owner started to notice the strange behavior of the pit bull,k he started to act like a cat. Mako was quite adoptive, and he quickly started to ack as a cat due to their influence.

Oddly enough, cats continued to make their own rules for such a strong pitbull.

Sometime later, he became just like an ordinary cat. He even started to jump on the window side. He eats and sleeps with his new friends who rule, and the owners are happy with such a touching friendship.