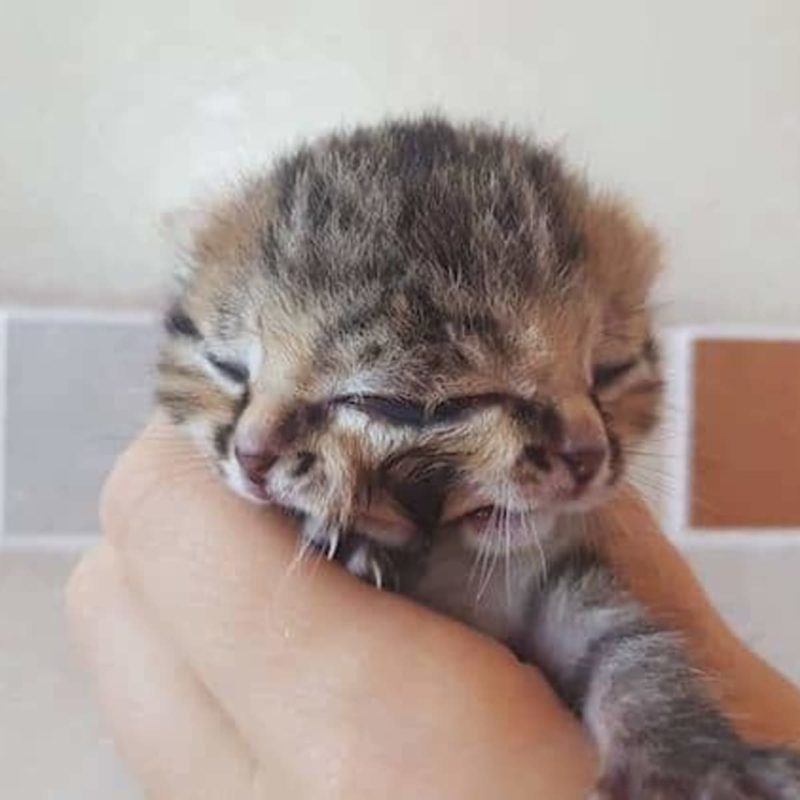 In South Africa, an unusual case had happened recently. 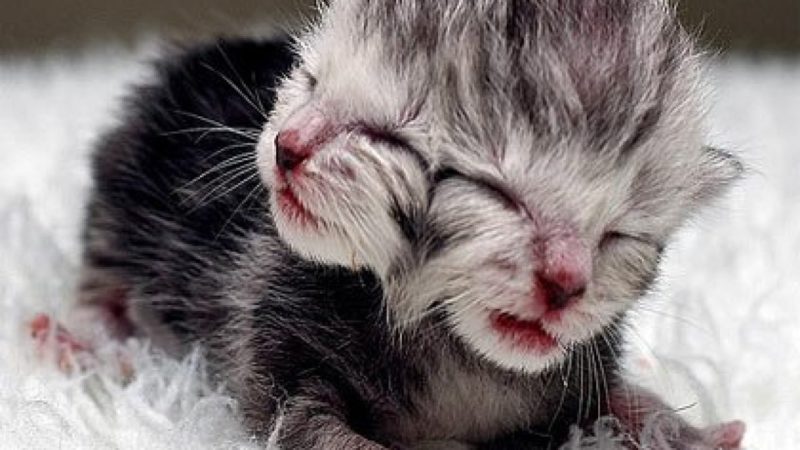 On December 13 the cat gave birth to three kittens. Volunteers helped her to have an easy childbirth. And when the cat’s children were out of the womb, volunteers noticed that one of the kittens had two faces. That condition was known as diprosopus and kittens born with this syndrome were called Janus cats.

One of the volunteers decided not to pass by that kitten indifferently and she took the role of that poor and tiny kitten’s mom. 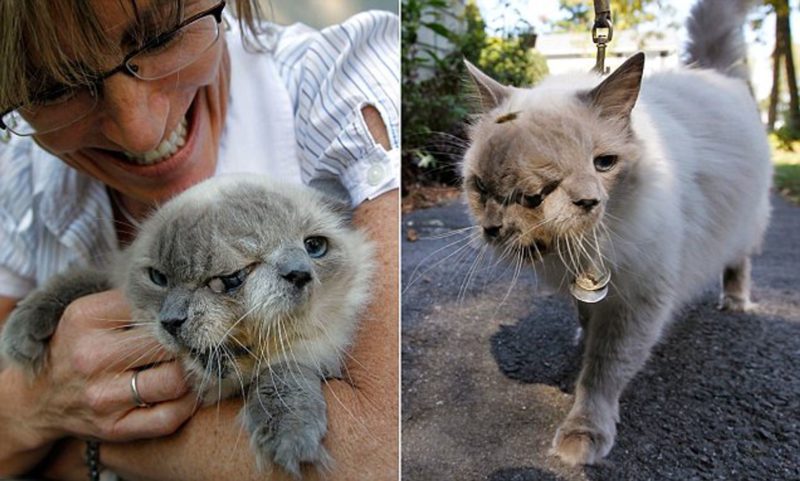 As the kitten had two faces it was difficult to feed him. But luckily the baby had no problems with swallowing and his both mouths were functional. On the sixth day of his life, he had opened his eyed and hardly moved. On the tenth day, he was still continuing growing and he was weighing not more than 250 grams.

Cats with diprosopus used to live a long life, but unfortunately, this one was not destined to live long.

A few days ago he became ill with pneumonia. His owner took him to a vet and they started the treatment immediately. But as there was milk in his lungs, he just could not struggle with that challenge and passed away recently.

His death was a real heartbreaking event for his owner, as she loved that unique one so much.