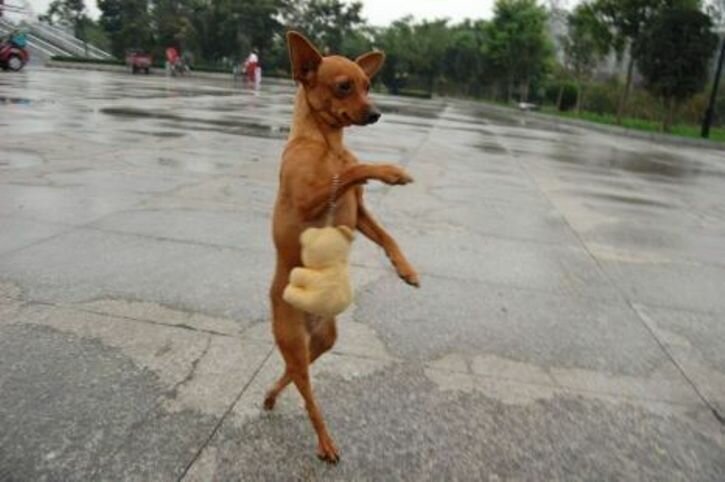 Lian Wu was an ordinary Chinese who lived in a small town. He earned his living by working hard at a granite factory. 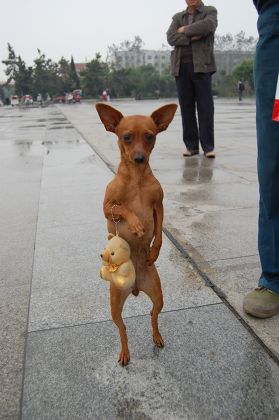 The dream of a 25-year-old boy was to marry a pretty girl who was his neighbor. But for that, he was too poor, since Wu’s only wealth was a small pinscher Lu Lu.

the guy painfully thought about how to get out of the hopeless circle of poverty and, it seems, he came up with after watching the usual circus performance on TV. And the next day, after returning from the factory, he set about turning Lu Lu into a circus dog. 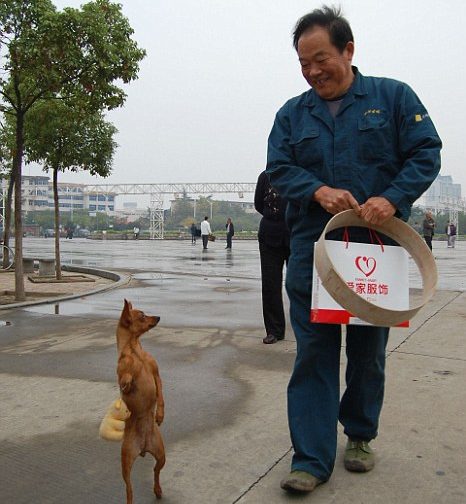 Wu simply began to teach his animal to walk on its legs. The Pinscher did well, and in just a month the dog began to walk in an upright position for almost 50 meters. Wu then made the task more difficult by hanging a small toy bag in the form of a teddy bear on one of the dog’s front paws.

And then the day came when Lian Wu began to carry out his original plan to get rich.

The guy went with the dog to the nearest square and Lu Lu went and passers-by immediately drew attention to the dog pacing like a man. And Wu accompanied her movement with inviting phrases offering to reward the pinscher for the performance.

People liked all this and in gratitude, men and women began to throw coins and paper bills at a teddy bear. In just three hours Lien and his four-legged friend collected almost a week’s income.

Of course, Wu did not become a millionaire and he did not succeed in marrying a neighbor’s girl, but everyone in the city knew about him.